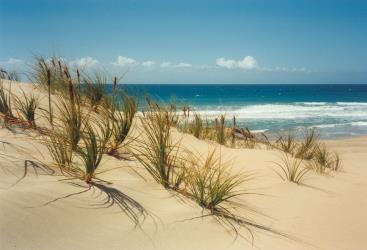 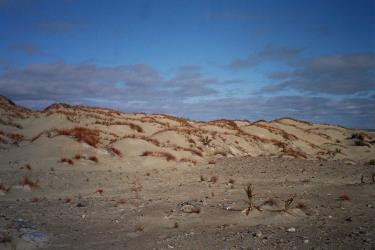 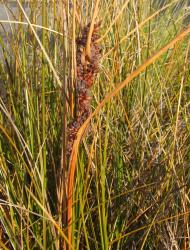 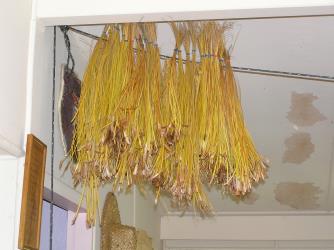 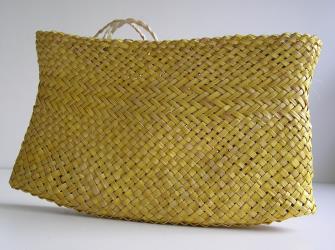 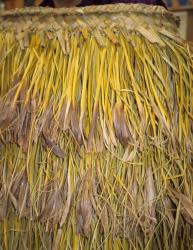 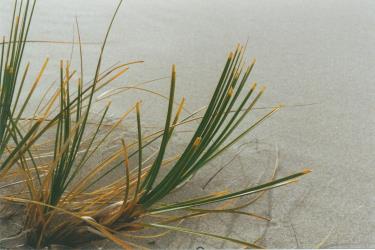 "The shoot of the pīngao ... often afford the hungry traveller a meal" (Taylor 1855)

"Pīngao (Scirpus frondosus) are harvested when mature and when the dull yellow of the blades has .... [thickened?] to the desired golden yellow; but they must not be too mature as they have then begun to thicken at the base, causing ...[?] in the lacing. The best pīngao is grown on the Taranaki beaches" (Source. Sir Apirana Ngata 16/9/38. Johannes Andersen. Native plants uses and miscellaneous notes. Series of typed and handwritten notes in folder, Landcare Research library, Lincoln).

"The pikao is a cutty-grass that grows by the seaside; ... The women put it in a waka (wooden basin) in which kiripokaka (pokaka bark) was steeping. This was to soften the pikao for pleating (whatu). It was then put to dry (pehi) and was afterwards woven into a pokeka to keep off the rain" (Beattie 1994)

They were "..strong, and looked and wore well, and were highly valued" (Colenso 1891b)

Interior of verandahs and sides of chiefs" houses ornamented with patterns of pīngao, kiekie and harakeke (Colenso 1868a, 1868b, 1891b)

Moriori god who healed wounds, severe cuts and broken bones. Image was of wood bound round with a plaited rope made of pīngao (Goldie 1904).