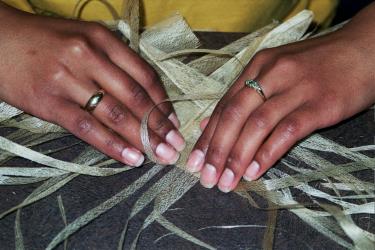 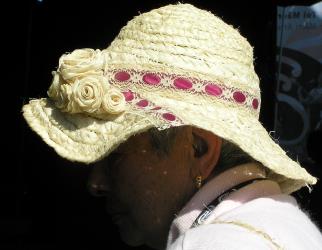 "... both the leaves, bark and flowers, which are white, have a glutinous taste, like the mallow" (Taylor 1855)

A tree with fine net-like fibre under the bark... Aute formerly made from inner bark; still worn as ribbons (Taylor 1855).

Bark remarkably tough, strips of it are used for tying. Inner bark occasionally used by ladies for trimming hats, bonnets and dresses. (Kirk, in Taylor 1870,  1889).

Māori once tried to make bark cloth (like aute or tapa) by beating the bark (Best 1942).

Repehina sometimes laid in join of top strake of canoe, smeared with gum from Pseudopanax arboreus (whauwhaupaku or fivefinger). (Best 1925)

Split, green pieces of the wood used to smooth and polish surface of stone tools. Not allowed to become dry or heated as it caused discolouration of stone surface. Frequently dipped in water, and when the surface became hardened or ineffective, it was turned over and another face of it used.  Thin, flattened sections of houhi soaked in shark-liver oil (from the shark species called mango ururoa) used to polish greenstone (p 46).)

"In many cases several thicknesses of the soft inner bark...were cut to the requisite length and placed on the tuke or foot of the handle, to serve as a pad between it and the stone adze". (p.116)

"A flat piece of houhi wood about 1" in thickness, termed a paepae arai maramara, arai matamata, pare arai maramara, or kaupare, or paetuki(tuki, an abbreviated form) was placed on the outside of the flashing of a working adze to protect it. The lashing to keep this in position was on the upper part only, so that it would not come in contact with the surface of the timber being worked. The night before an adze was to be used it was placed in water, which caused the tuki and the cord to swell and tighten the tool in the lashing." (p.116).

Ngāti-Porou. As an alarm, a quantity of bark wrapped round with whītau, suspended on watchman"s platform. Struck with a wooden beater ( Best 1925).

Infusion of the bitter leaves used by bushmen for stomach troubles (Kirk 1869).

A strip of the inner bark, called repehina, was used as a bandage to put round a newborn infant's body. A short piece of the bark oiled and placed over the pito (Best 1929, 1942).

"The natives believe that [ongaonga] grows into the large tree known as houhi ongaonga, of which the inner bark was eaten in times of scarcity; also that it loses its spines when in the tree stage. Now, I know the tree; it is the houhi with short rounded leaves and thick bark, not the one having long narrow leaves. I have no faith in the Maori theory. The ongaonga (nettle shrub) has no leaves now (August). Its branchlets are extremely tough. The tree, houhi ongaonga, has a few leaves reamining at this time of year, but most of them have fallen. But the houhi with narrow leaves flourishes the year round covered with leaves" (Best 1902)  [Houhi ongaonga is Plagianthus regius. Ed.]